Who was Martha Reed?

The history and legacy of Martha Reed 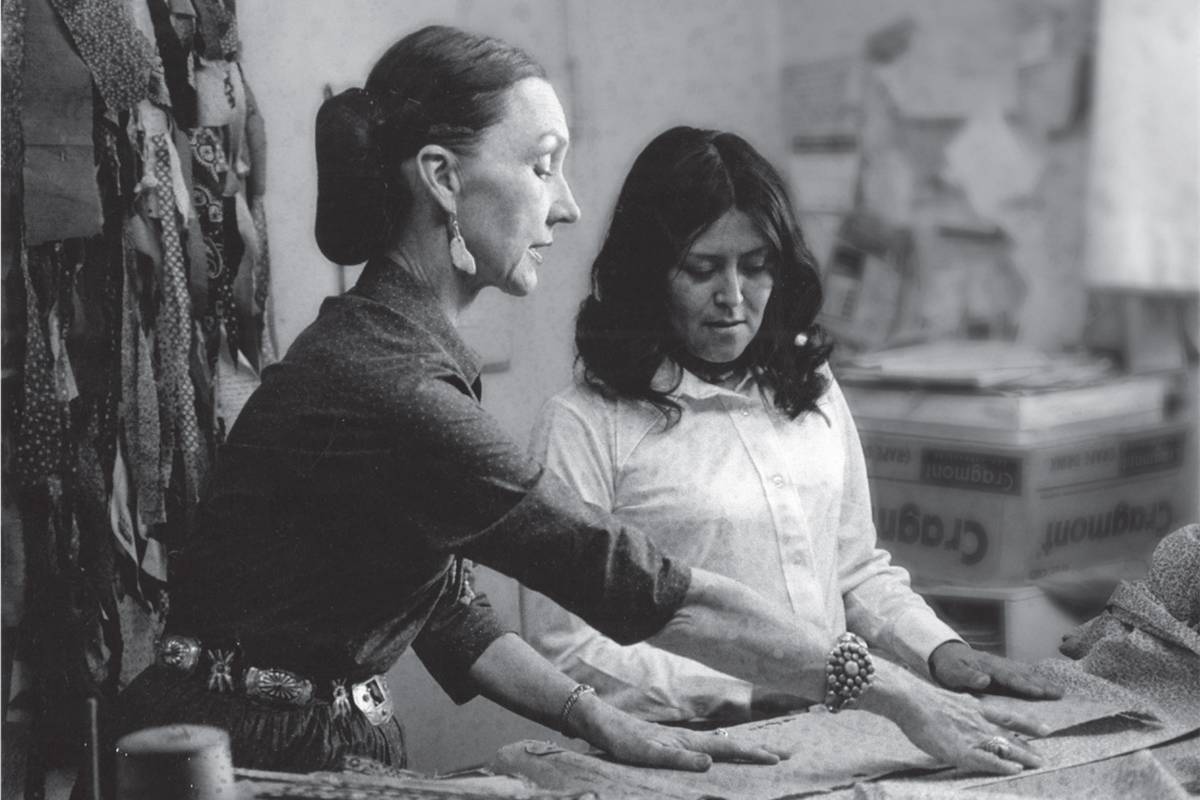 Martha Jane Reed was born in Bethesda Hospital in Cincinnati, Ohio on April 23, 1922.

Her parents, Doel and Jane (née Elizabeth Jane Sparks), had met at the Art Academy of Cincinnati, to which Doel had returned in 1919 after serving with the 47th Infantry in France, and where both Doel and Jane had studied with Frank Duveneck, among others. While her father was fostering the development of an art department and perfecting his craft, Martha was growing up in Stillwater, a small, university town west of Tulsa and north of Oklahoma City.

The Reeds lived on "Faculty Row" and, as Martha informed oral historian, Tanya Finchum, when it was time for her to attend grade school, she went to Eugene Field School, named for the poet from Chicago that wrote children's poetry. As a child, she loved Stillwater, she told Finchum, " loved the fact that everybody knew everybody, and if you were a kid growing up there, they'd call you by name, you know."

After graduating from Stillwater High School, Martha enrolled at Oklahoma A & M, where she worked in the library and became a member of the Chi Omega sorority. Although she started out majoring in English, she switched in her second year to art, a decision she later came to view as inevitable given the examples of her parents and her own innate desire to create beautiful things.Having received her Bachelor of Arts degree in the summer of 1944, Martha took a position at the Philbrook Art Center (now the Philbrook Museum of Art) in Tulsa, working for its director, the sculptor Bernard Frazier. According to her unpublished narrative resume, while she was employed at the Philbrook, she "gave tours to visitors and Tulsa school children, supervised the hanging of exhibitions, designed and wrote" the copy for catalogues, oversaw the museum's educational programs, and "catalogued the Field Indian Collection." 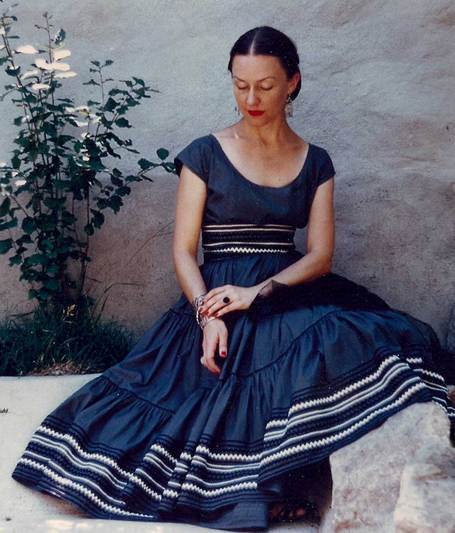 Lured by the prospect of working at a larger institution, Martha next moved to Dallas, where for one year she performed similar tasks for Jerry Bywaters, Director of the Dallas Museum of Fine Arts (now the Dallas Museum of Art). When the house in which she was renting a room went up in flames, she returned home to Stillwater and completed two years of graduate study in art at her alma mater.

In 1953 Martha Reed made the fateful move to Taos, having previously spent parts of six summers there with her parents. Almost immediately, she secured a position at Al Thorwaldsen's Pink Horse shop on the Plaza. In her interview with Finchum, Martha indicates that when she arrived for her first day of work, Thorwaldsen, who admired the clothes she was wearing, asked where she had obtained them. As Martha recalled it, the following exchange then took place: "And I said, 'Well, I design them or my mother designs them, and she makes them.' And he said, 'Would you make some for me, for the shop if I get a couple of seamstresses to make them here?' So that's how I got into the dress business, and I had a broomstick skirt already because my father had come out." After a period of time spent designing broomstick skirts, blouses, and Navajo shirts for Thorwaldsen, Martha went to work for the Gay 90's shop in the Kit Carson Museum building, then, together with John McCarthy opened a Southwestern dress shop on McCarthy Plaza.

During the 38 years she operated the shop next to the Taos Inn, her clients included many from the ranks of the rich and famous, including the Wurlitzer Family, Mabel Dodge Luhan, Dorothy Brett, Lord and Lady Escher, Greer Garson, the Duke and Duchess of Albuquerque, Ann Miller, Clu Gulager, Jeanne Kennedy Smith, and President and Mrs. Jimmy Carter. She and her staff designed and constructed the garments worn by Dennis Hopper and Daria Halprin at their 1972 wedding, something Time Magazine saw fit to report. In the 1970s, docents at Taos's Millicent Rogers Museum were routinely clad in velvet outfits from "Martha of Taos," some of which were on display in 2012 as part of the museum's "Millicent Rogers & Her Circle" exhibit. 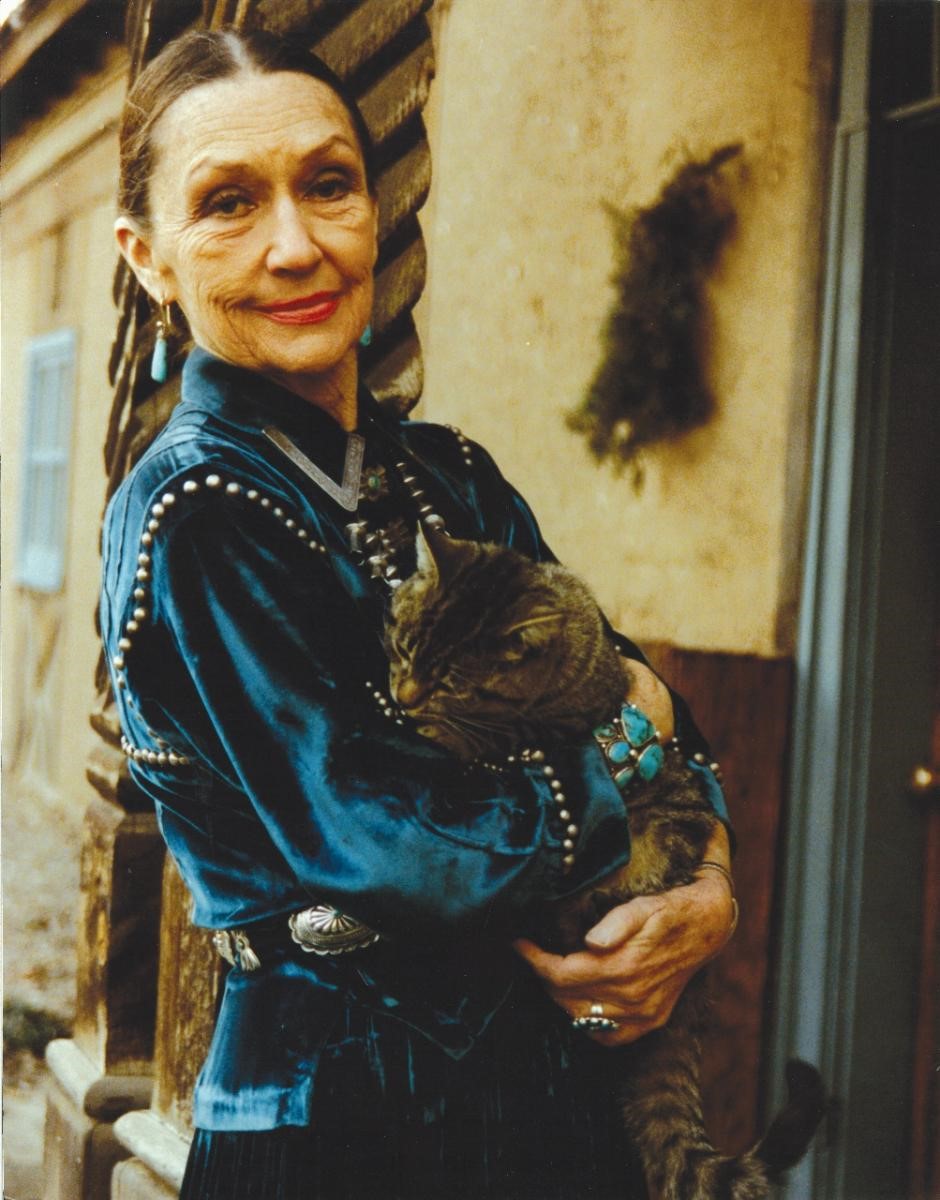 According to Rogers' biographer, Cherie Burns, Millicent adored Martha's skirts, incorporating them into her own signature look and commissioning Charles James and Elsa Schaiparelli to produce couturier versions of Martha's creations. In a piece in Southwest Flair, Zandi Richardson, who has acknowledged Martha's influence on her own designs, identifies Martha as one of the "luminaries" of Taos society, "one of Taos's leading fashionistas." She describes Martha's garments as "inspired by an ingrained appreciation for the valuable legacy of ancient styles" and as exhibiting "flare and daring color sense."

For Richardson, Martha's creations are examples of "True Taos Style," which "has nothing to do with fads, what's in or isn't. It has to do with timeless elegance, grace and the beauty of an independent Spirit." Taking in the displays in the windows of some of the more stylish shops in northern New Mexico, one still can discover today numerous examples of apparel that attest to the lasting impact of Martha's aesthetic on the evolution of Southwest style.

Undeniably an "independent spirit," Martha loved to socialize and enjoyed especially interacting with young people. She was frequently invited to Taos gatherings and often commented on how much she relished hosting her own "soirees with hooch." Toward the end of her life, she demonstrated the extent of her spiritual and material generosity by donating the Reed property in Talpa to Oklahoma State University, thereby making possible the Doel Reed Center for the Arts.

Martha Reed died in the home she cherished on December 28, 2010, having used up every iota of the unusually large portion of élan vital with which she had been blessed.

An Enchanted Place to Learn

The Doel Reed Center in Taos extends OSU's reach to New Mexico and offers programs characterized by synergistic, multidisciplinary approaches to teaching, research, and outreach -focusing on the Southwest.

It also attracts visiting artists and scholars to produce original works, teach seminars, and collaborate with creative minds of any age or academic discipline.